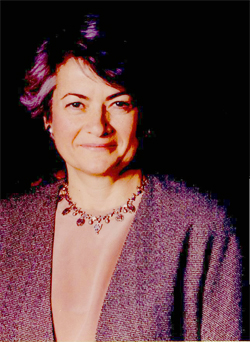 Born in Cairo, Egypt of Greek parents, Lilina came to the United States in 1961 to attend Western College for Women in Oxford, Ohio, where she received her BA in Political Science. She subsequently received an MA in International Relations from American University.

Lilina took art classes throughout her university years and continued with evening painting classes taught by Brockie Stevenson at the Corcoran College of Art and Design, while working at the World Bank. After retiring in 1999, Lilina devoted full time to painting. She studied with Pat Hutchens and Leslie Exton and received a Certificate in Painting and Drawing from the Corcoran College in 2001.

Her paintings were exhibited at Agora Gallery in New York City from March 6 to March 27, 2012. She was the Featured Artist at the Waverly Street Gallery from June 8 to July 3, 2010 and had a solo show at the Arts Club of Washington in March 2009. Her paintings have also been exhibited at the American Painting Fine Art Gallery (November 2009 to January 2010 and November 2010 to January 2011) and at the Brookside Gardens Botanical Art Shows.